Did you know that home movie film could contain sound? It’s probably been so many years since you checked that you have no clue if your family film has sound or not. Thankfully enough, it’s pretty easy to tell if your film holds audio just by taking a quick glance at it and knowing what to look for. Keep in mind that it’s generally pretty rare for family films to contain sound because in order for 8mm film to have sound, it would have to have been added in after it was developed. Super 8 with sound required special film and cameras and was more expensive than a silent film.

There are two types of sound that can accompany your film, either magnetic or optical. Most of the time, sound is recorded on a gold or copper colored magnetic strip along the side of the film and can be on either side of the sprocket holes depending on the format. This allowed for the sound to be heard while the film was running because the projector has built in heads that can output sound from the magnetic or optical strip. This ensures that the film and audio are in-sync at all times. Another common method to achieve sound was to have a separate soundtrack on a reel to reel or record that was played just as the film was beginning. This method required coordination as well as multiple components running simultaneously to achieve the desired effect and was often hard to keep them in-sync.

We also have good news in the fact that DVD Your Memories will always transfer your film to DVD with sound at no extra cost!

If you have regular 8mm film, the chances are actually very rare that it contains sound, but it is a possibility. To check yourself, just look for a small magnetic strip along the same side as the sprocket holes.

Sound is still rare on Super 8 film, but much more likely to have sound than compared to regular 8mm. To check your super 8 for sound, look at it closely, and look for a gold or copper colored magnetic strip on the underside of the film, opposite side of the sprocket holes.

With 16mm film, sound was usually placed on the film as either a magnetic or optical strip. Optical was more common on 16mm film, and is easy to spot because it looks like a band of clear film with an image of a audio wave running down the entire strip. Currently, we are unable to process magnetic 16mm film. 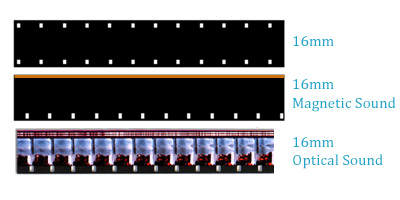 Here is a closeup shot of 16mm film with a visible optical strip on the right side of the film. 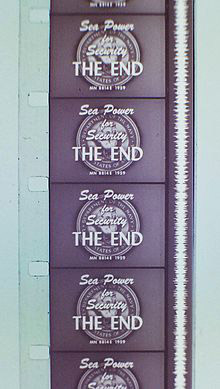 Previous PostSave Money on Summer Gas Prices and at DVD Your Memories by Taking the Metro!Next PostBenefits of Blu-ray vs DVD