Gotta Groove Records – “Groove With Us” from Nick Cavalier on Vimeo.

Despite the waning popularity of traditional analog media such as 8-track and audio cassettes, vinyl records are still being steadily produced and collected, even today. Digital downloads from services like iTunes have essentially taken the place of the CD nowadays, leaving little reason to go out and purchase an audio CD. However, many people still prefer to have a physical copy of their music, and a surprising majority of people prefer the warmer sounding vinyl records over digital audio, which has led to a resurgence of vinyl records over the last few years.

Even new vinyl producing companies are sprouting up, check out the video above to see how Gotta Groove Records makes vinyls from raw materials.

Depending on when you were born, you are probably familiar with the old gramophone, or vinyl record. A record is an analog-based sound storage and playback mechanism consisting of a flat disc with inscribed spiral grooves running along the inside of the record. The groove starts at the outer edge of the disc, which is also the beginning of the first track or song, and then spirals inward as the record turns on the turntable. 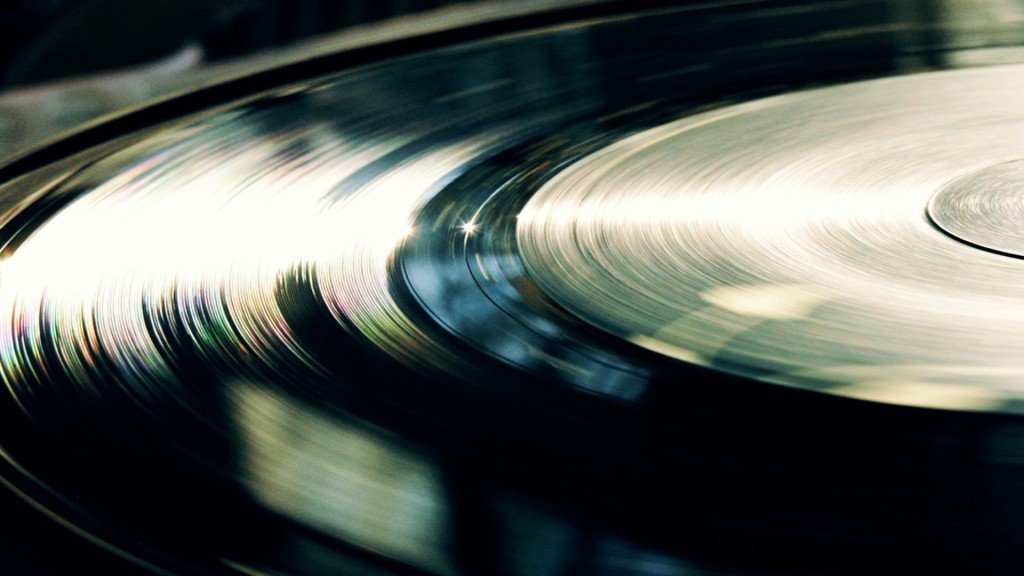 Thomas Edison is credited with the invention of the phonograph, and was actually one of the first devices to both record and play back sounds way way back in 1877. In the old days, it recorded sound as indentations on a sheet of tin foil wrapped around a grooved cylinder. This could then be played back by rotating the cylinder with a needle gently gliding along the grooves which in turn vibrated a mechanical diaphragm to reproduce the sound. It actually wasn’t until the early 20th century that the cylinder was replaced by the flat disc we know and love today. Originally, these records had to be played on a turntable that required a hand-crank, and the sound fidelity wasn’t the greatest. Soon enough, the 78 speed record was released, which was seen as a great technological accomplishment over the traditional hand-cranked versions.

This quality increased even further with the release of the standard 33 RPM records which were released in the 1950’s. These discs were capable of holding up to 25 minutes per side which was a huge step up from the 3-4 minutes of the 78 RPM records. Typically, audio was recorded onto tape first, which could easily be edited and its sound optimized in post production. The audio on the tape would then be dubbed onto a master disc, or a lacquer or acetate disc. Unlike mass produced vinyl records which are molded, the master disc is physically cut, its grooves gouged out on by a record-cutting machine’s needle whose mechanical motion is guided by an audio input. The grooves are checked for quality, and then sent off to the production company who would then create a metal cast of the lacquer master disc. This metal cast is then taken and used to stamp the actual vinyl records available to consumers.

Each stamper, which is attached to an autonomous 100-ton hydraulic press, works essentially like a big, heavy waffle iron and can churn out thousands of records before needing replacement. A sheet of preheated vinyl roughly half the area but 3 times the thickness of a finished disc, called the biscuit, is slipped between the jaws of the press, 300 degree F steam is applied to further soften the material before the jaws close, and squeeze the hot vinyl into its final shape while imprinting the audio. The disc is then cooled and hardened in a water bath and labelled—all of which is done automatically, the only human input is the loading of the two disc labels sandwiched around the biscuit.