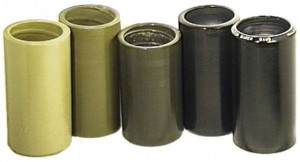 A long time ago, before Blu-Rays, DVD’s and televisions, a fierce technological battle was unfolding before the American people and the world. The famous audio format war was between Thomas Edison and Emile Berliner, both of whom invented competing types of records for the phonograph. Edison first pioneered the wax cylinder in the 1880s. He originally intended it as a means of recording telephone conversations, but the cylinders soon became a popular format for musical recordings. Berliner, meanwhile, released the disk record as a competing format in 1894. Disks had originally been used solely in children’s toys, and in the beginning their sound quality was poor. But after several technical modifications, they were able to rival Edison’s cylinders in sound quality, sparking a format war that would last nearly 20 years.

Come on down to have your old Vinyl Records to CD San Diego or Irvine!!