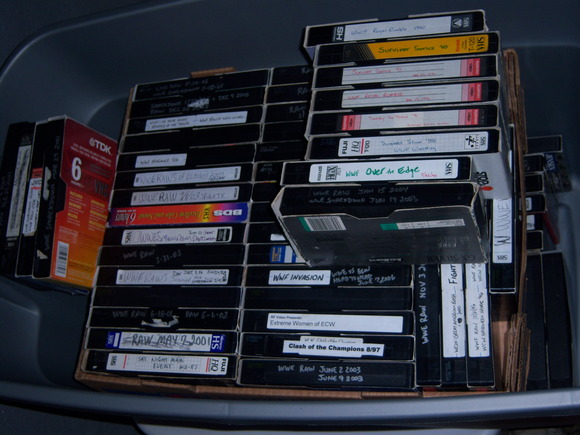 With VHS tapes and other magnetic-recorded media, there is no definitive time-line for when the tape will “die” or cease playing in a VCR. In fact, most tapes recorded from back in the 80’s still play without any major issues, although many do exhibit color damage and other detrimental effects. When VHS tapes were first available to the public, they were given a conservative range of about 10-25 years of life before they would stop working. If this were truly the case, nearly all video recorded in the 80’s that hasn’t already been transferred to DVD would be lost at this point.

Video tapes still haven’t been around long enough for anyone to know the absolute time limit for any type of tape so the true lifespan of any video tape is an educated guess at best. Also, several factors can contribute to the early demise of your video tapes. The most common factor that contributes is how your VHS tape was stored over all of these years. VHS tapes that were stored in their cases in cool, dark places generally work much better than tapes that have been left in sunlight or a heated area with no protection. We’ve also found that earlier manufactured VHS tapes, such as the tapes released when VHS was at peak popularity in the 80s tend to last longer and are more durable than the cheaper versions which flooded the market in the mid to late 90s as the VHS format was on the decline. If you know your tapes have been in a decent storage environment, chances are they are still good to last a bit longer than they were first advertised to. However, if the tapes contain important family memories, it’s silly to assume they will last forever which is why we encourage important VHS tapes be transferred to DVD, Blu-ray or other modern format. Types of Damage Below are a few videos showing VHS tape damage that can occur over time. Sometimes these can be resolved by using a high quality VCR like the one’s we use in the DVD Your Memories offices, and other times the damage is unfortunately irreparable.