We often get the question of how much feet of film each standard sized reel holds. This is good information to have handy, especially if you’re planning for a film to DVD conversion in San Diego, Orange County or Los Angeles. 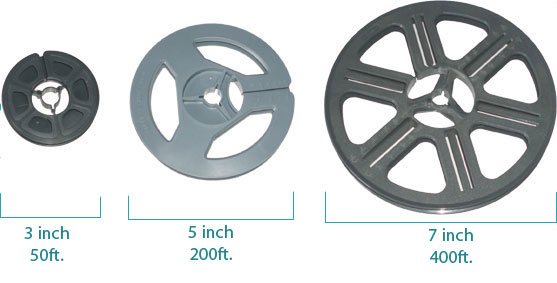 It is important to keep in mind also, that film runs at different speeds, depending on the type. 16mm film runs much faster than 8mm film does, so a 400ft reel of 16mm film will be much less “viewing time” than the same sized roll in 8mm. Trying to calculate all of this can be difficult if you’re planning a 8mm film transfer project, so feel free contact your local or Denver film to DVD technician for guidance and suggestions!