If you’ve ever been digging around and found the old family films and smelled a strong hint of vinegar, this could be trouble for your film! This smell is what’s associated with what’s called vinegar syndrome, which is a term that describes a breakdown of the chemicals and emulsion of your film. This deterioration also causes the film to curl and buckle at the sides and become very brittle to the touch. 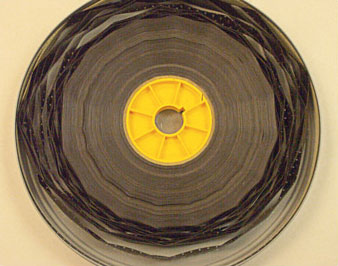 If you know your family film is suffering from vinegar syndrome, it’s best to get it converted to DVD as soon as you can, especially since it’s irreplaceable footage. DVD Your Memories has been successful many times in the past recovering badly curled film, and film that was suffering from vinegar syndrome. Our film to DVD technicians can help you assess your film at the time of your film transfer order, and explain how the transfer process can work for you. Proper film storage is crucial to preserving its life, and keeping it from deteriorating. For optimum film storage, you should keep them in plastic cans, stored in cool temperatures in a area with not too high of humidity. Improper storage can result in what’s called vinegar syndrome.