Google has recently shut down it’s newspaper archival scanning program aimed to make the world’s newspaper archives accessible and searchable in an online format. The project was started in 2008 as a joint effort between Google, ProQuest, and Heritage to begin scanning newspapers of the country’s top newspaper publication’s archives. They aimed to make the newspapers both searchable and browsable exactly as it had appeared in print. The digitization process included photographs, headlines, articles and advertisements. 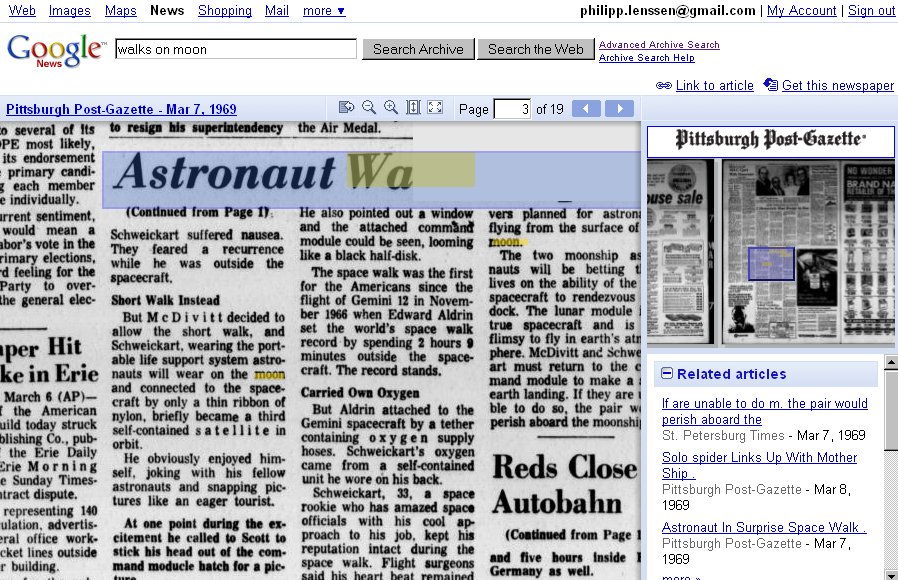 Since 2008, the current digitized material stands at around 2,000 different publications dating back to the 19th century. According to the Boston Phoenix, Google emailed its contributing partners Thursday to notify them that the initiative was coming to a close so that the company could redirect resources to “newer projects that help the industry, such as Google One Pass, a platform that enables publishers to sell content and subscriptions directly from their own sites.” Although Google will no longer process any more media to be digitized, publishers are encouraged to add material to their archives via sitemaps. Newspaper Scanning in San Diego, Irvine, and Los Angeles is a service that DVD Your Memories provides to our customers who are looking to save important articles. Read more about it here