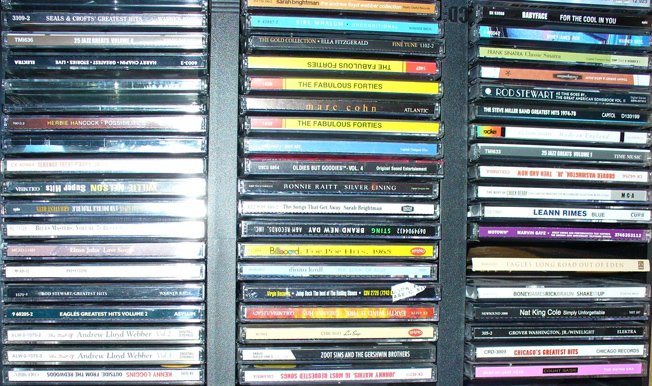 Of all the audio formats, the MP3 audio format is easily the most common audio format available today, arguably now more popular than CDs are and many people even convert their family memories recorded on reel to reel and audio cassette to MP3. However, there are other formats besides MP3 such as WAV, FLAC, AAC, AIFF, OGG and WMA that you can also use to encode your music. When comparing audio formats, they are typically broken down into two categories: lossless formats and “lossy” compression formats.

Lossless format means that little to no audio quality during the encoding process. This ensures that the digitial file will be nearly identical to the source audio. Lossless formats are typically much larger in file size, which although beautiful sounding, can deter some people if they have limited storage space. Lossless formats are becoming more and more popular as technology advances while the price of memory and hard drives continues to drop.

WAV – The WAV or Waveform Audio File Format is a true uncompressed lossess audio format developed by Microsoft. This means that the resulting digital file is an exact copy of the source audio. Most audio players and devices can play WAV files, but the resulting file sizes are so large, it’s usually not practical to convert your audio to this format unless you plan to do restoration or editing work.

AIFF – AIFF stands for Audio Interchange File Format, and is an uncompressed audio format very similar to WAV. The differences are that it was developed by Apple, and has a slightly different way file is created. You will typically see AIFF mentioned when dealing with Apple products.

FLAC – FLAC stands for Free Lossless Audio Codec, and is the most popular lossless audio format today. FLAC is free, open-source lossess audio format which does use compression, which means that the file sizes are much smaller than that of a WAV file, but maintains the same sound quality as the source audio. FLAC is still not supported by all devices, but has been gaining traction in the last couple of years.

Compression formats are also called “lossy” formats because these formats save on file sizes by compressing the file which, in turn, lowers the overall quality to a degree. Lossy formats have been the most popular over the years, especially with portable audio players and cell phones, because music listeners could fit many more songs than they could with the same songs in lossless formats.

MP3 – MP3 is short for MPEG Audio Layer III. The MP3 format is easily the most popular format today as it’s the default audio format for many top music providers such as Rhapsody and iTunes. Many of today’s different gadgets like iPods to hand held game consoles, have the ability to play MP3 audio in some fashion. MP3 files are known for still sounding great, despite their small file sizes compared to lossless formats.

WMA – WMA is a microsoft proprietary audio format that stands for Windows Media Audio. It is similar to MP3 in ways, but is much less supported by other applications and devices. There is no real advantage in choosing WMA over the other formats.

AAC – AAC stands for Advanced Audio Encoding and is a similar compression to MP3, but is actually a bit more efficient, meaning that the file sizes are slightly smaller than MP3 files, but still sound as good. Apple’s iTunes have made the AAC format very popular in recent years, and is gaining much support around the world of technology.

OGG Vorbis – OGG Vorbis is a free and open-source alternative to MP3 and AAC. Open source basically means that the encoder is not restricted by any patents. Although it is open source, It’s not nearly as supported or popular as MP3 or AAC.

In the end, we suggest converting your audio to MP3 or AAC due to the vast amount of compatibility with other products, and if encoded using a high bit-rate the quality can be nearly identical to a lossless format. FLAC is also a great choice because it will keep your audio in a lossess format from which you can convert from in the future. If you’re converting reel to reel to CD, or audio cassette to CD, these files will be uncompressed WAV files after transferring, and can be converted to any format mentioned above.

Also, don’t forget to check out DVD Your Memories’ sister company, CD Ripping San Diego, which can help you transform and convert your collection of CDs into audio files such as MP3, WAV or FLAC that you can take with you on the go!