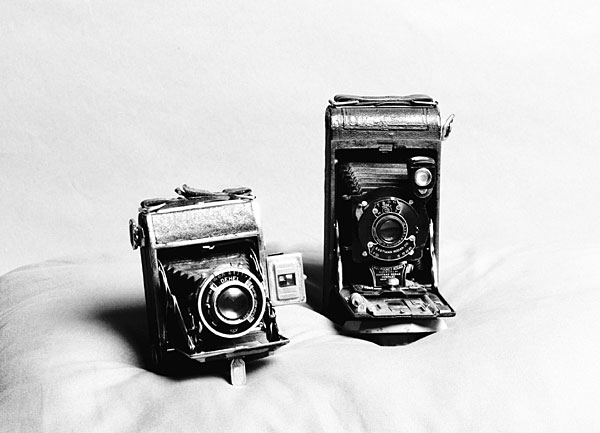 For the last decade or so, nearly everything is going the way of digital. Camcorders, cameras, televisions etc are all now based on digital signals instead of the old analog signals. Due to the switch to digital, this also changes the way we record media. Even movie theaters across the country have begun to abandon the old film projector for a digital one. There are actually several differences between capturing images on film versus digitally.

The image resolution is an important factor when it comes time to shoot video or photography, and is one of the reasons that some photographers still prefer film over digital. Currently, the highest powered digital camera can capture an image up to around 80 megapixels, while a top of the line medium format camera can take an equivalent picture on 4×5 film at about 200 megapixels.

Noise and grain can also be a factor between the two types. Typically, it has been shown that digital camera suffer less noise and grainy images than their film counterparts. Nearly all digital cameras apply noise reduction filters, which are built into the camera’s hardware. This is one of the advantages that digital has over traditional photography. Digital cameras are also capable of much higher speeds (sensitivities) than film, and therefore make better photos in low light situations at night or indoors, and are more useful for ultra-fast photography. In addition, on digital cameras the speed can be adjusted at any time, while a film camera requires actually changing the film to change the film speed.

One of the constant issues that photographers face is when dust gets on the image plane. DSLR (Digital single-lens reflex) cameras are especially prone to dust problems because the sensor remains stationary, while film advances through the film camera for each exposure. Dirt or dust in the camera may scratch the film; a single grain of sand can damage a whole roll of film. As film cameras age, they can develop burs in their rollers. With a digital SLR, dust is difficult to avoid but is easy to fix up using a computer with image-editing software. Some recent digital SLRs have systems that remove dust from the sensor by vibrating or knocking it, sometimes in conjunction with software that remembers where dust is located and removes dust-affected pixels from images.

Cost is also a factor between the two cameras. Typically, a digital camera will cost quite a bit more than the film alternative, but the benefit with digital is that the cost of taking photos is free, where with a film camera, you’ll need to constantly be purchasing film in which to develop your pictures from. Some of the costs to consider with digital cameras is the battery costs, memory costs and data storage.

In the end, it really just boils down to what you prefer to use, and what you want your pictures to look like. Each type has their own advantages and disadvantages and are great for certain situations.