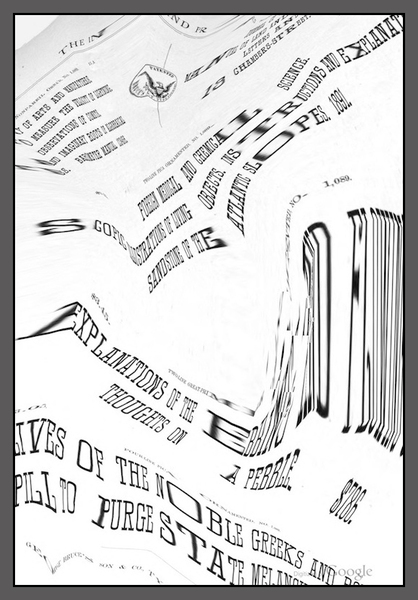 Andrew Norman Wilson got a lot of attention last year for his Workers Leaving the Googleplex video, which depicted a little-known group of contractors at Google’s HQ, charged with doing the scanning that feeds Google’s mission to digitize every book that it possibly can.

While Wilson lost his own contractor job in video production at Google as a result of the video, he still holds a fascination with Google’s ‘ScanOps’. This is a term for a team of people at Google that involves strictly data-entry labor, or more appropriately, the labor of digitizing. These workers are identifiable by their yellow badges, and they go by the team name ScanOps. ScanOps is supposedly a marginalized group of workers who don’t get all of the same perks that Google employee’s are famous for. They scan books, page by page, for Google Book Search. The workers wearing yellow badges are not allowed any of the privileges that typical Google employees are allowed – ride the Google bikes, take the Google luxury limo shuttles home, eat free gourmet Google meals, attend Authors@Google talks and receive free, signed copies of the author’s books, or set foot anywhere else on campus except for the building they work in.

The latest manifestation of Wilson’s artistic work is that of images scanned by ScanOps, but those of which that display errors, usually of the scanner technicians hand being shown in the shot, or of the wording on the page being heavily distorted or stretched. 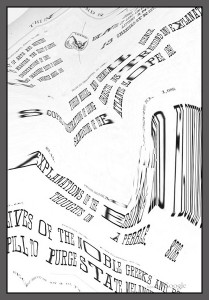 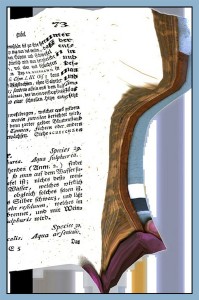 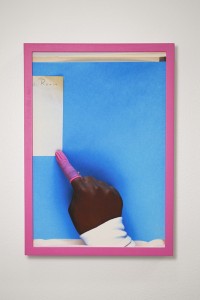 “ScanOps is based on Google Books images in which software distortions, the scanning site, and the hands of “ScanOps” employees are visible. Through varied analog presentations of these images, the material resources and processes that compose the digital are emphasized.

“These re-materializations are treated as photography – therefore they are framed to become image-sculptures, will be compiled in an art-book, and presented in a live lecture.”

ScanOps has been presented at Reed College in Portland, OR, and is due to be shown at the San Francisco International Film Festival, the Images Festival in Toronto and the Threewalls gallery in Chicago. Meanwhile, Wilson says that he has grants from the Illinois Arts Council and the Dedalus Foundation to shoot an extension of the original video, which we’ve included below.

Wilson says that his Google-focused work examines “the transformations and continuities in arrangements of labor, capital, media, and information.”